Dates and Prickly Pears and Pomegranates, Oh My!

Dates and Prickly Pears and Pomegranates, Oh My!

The house-baked date bread served at the inn’s restaurant and available in the ranch’s General Store has remained a staple at the resort since the 1930s, while guests have happily sipped cooling, date shakes for decades.

The Oasis at Death Valley is all about a sense of place. Set in one of the world’s most dramatic landscapes, this historic resort connects guests both to the surrounding desert and the region’s unique Old West history.

The resort’s two full-service restaurants, The Inn Dining Room and The Last Kind Words Saloon, even let visitors taste the desert by incorporating ingredients native to or grown in the Southwest and California into a host of dishes. Here’s a look at the different ways dates, prickly pear, and pomegranates are used at the resort. 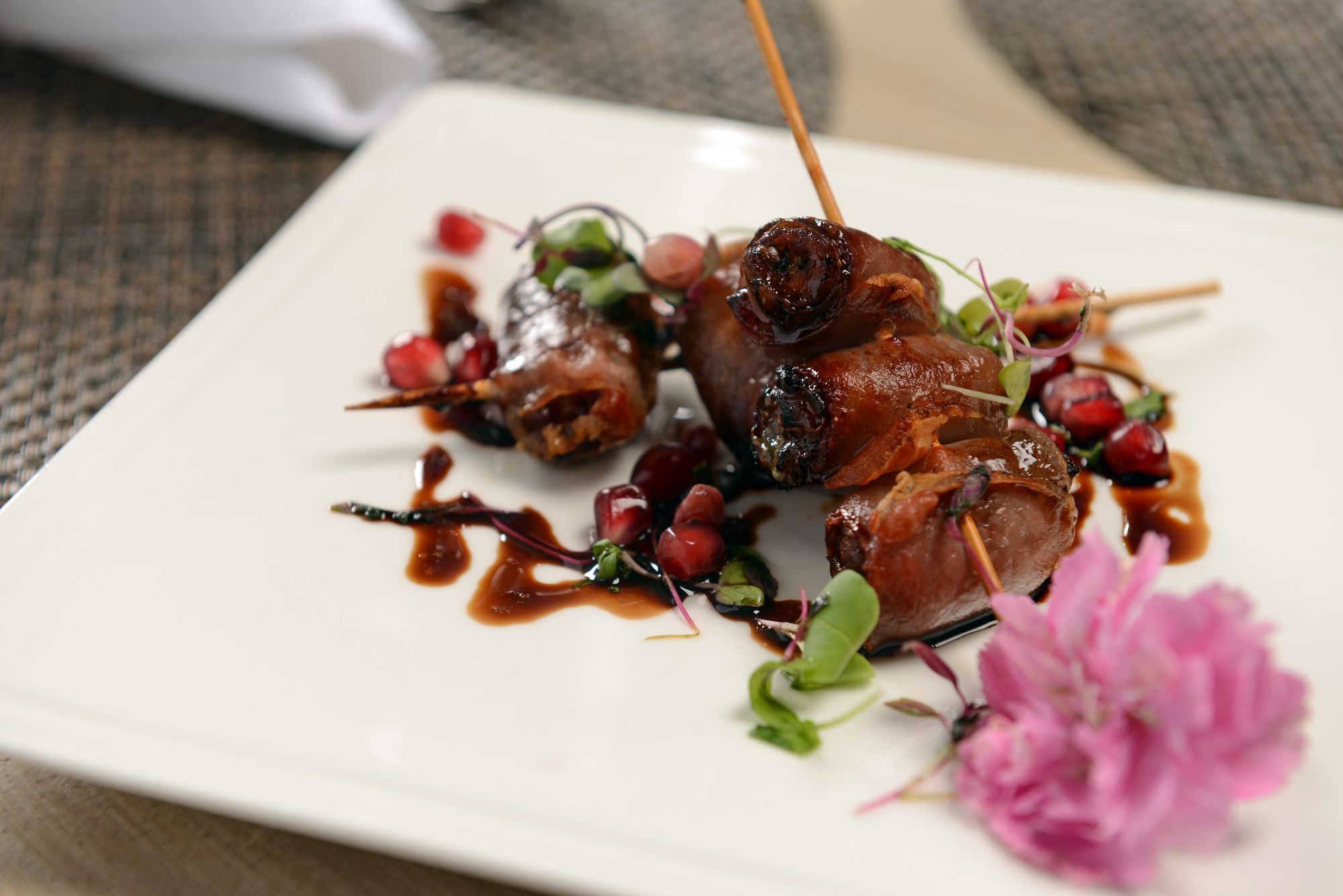 Before opening to guests in 1930 as a more affordable alternative to The Inn, the site of today’s Ranch at Death Valley was an agricultural operation named Greenland Ranch.

In their book Magnificent Oasis at Death Valley: The History of Furnace Creek Resort and its Evolution into the Oasis at Death Valley, David and Gayle Woodruff write that date production at The Ranch began in the early 1920s. According to David Woodruff, The Ranch received free date palm trees from a defunct U.S. Department of Agriculture project in Arizona. The government agency, he says, wanted to test Death Valley for date cultivation because of the absence of infesting insects in the area. But along with the lack of pests came a lack of bees, which meant the trees needed to be pollinated by hand.

Eventually 1,500 date palm trees at The Ranch produced 200 tons of fruit annually, primarily the Deglet Noor (which translates as “Date of Light”) variety. Woodruff says that commercial date production at The Ranch continued until 1996 (efforts are currently underway to restore the surviving grove). But a date orchard planted below The Inn at Death Valley didn’t fare nearly as well and was abandoned in the 1940s during World War II.

Dates certainly have had a long and prominent presence at the resort. The house-baked date bread served at The Inn’s restaurant and available in The Ranch’s General Store has remained a staple at the resort since the 1930s, says Woodruff, while guests have happily sipped cooling, date shakes for decades.

Dates also pop up on restaurant menus in a number of ways. For breakfast at The Inn, you can order pancakes with Deglet Noor date butter, while blue cheese-stuffed dates with prosciutto are a popular dinner appetizer. And at the Last Kind Words Saloon, the wood-grilled pork loin chop comes with date chutney. 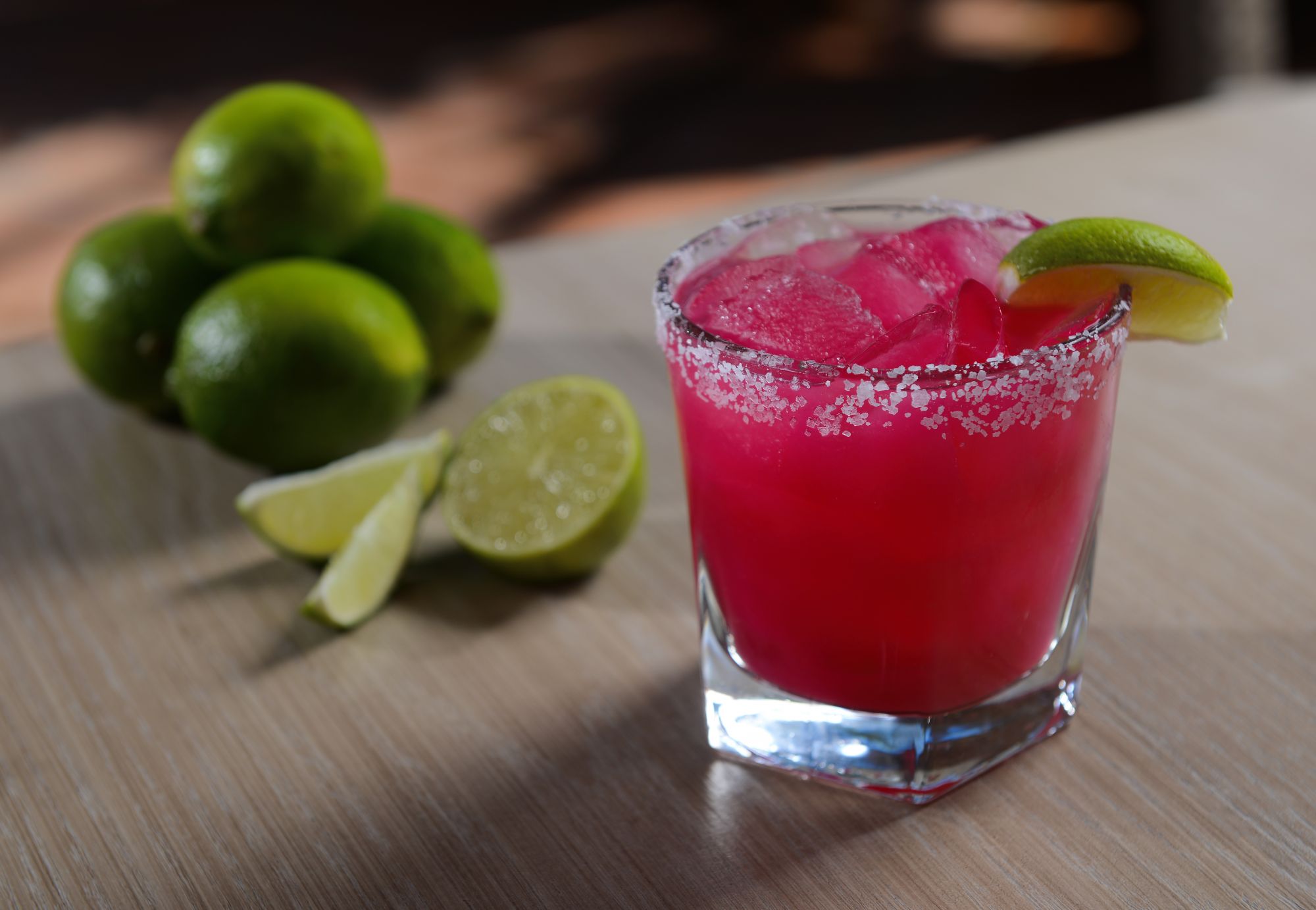 Six different species of prickly pear, a common desert cactus, grow in Death Valley National Park. While there are variations between individual species, all prickly pear live up to their name thanks to paddle-like appendages covered with spines. Once the spines are removed, the paddles (known as nopales) are used in traditional Mexican cuisine.

At the Oasis, however, it’s prickly pear’s sweet fruit that adds flavor to a number of dishes and drinks. But even the fruit has to be handled gingerly because the skin has little nubs with sharp, needle-like spines.

Chefs at The Inn Dining Room prepare a spinach salad with a prickly pear vinaigrette, while at the Last Kind Words Saloon, the baby back ribs feature a prickly pear barbecue sauce. For a real treat, The Inn’s lobby bar, as well as the pool café, mixes a margarita that gets its distinctive tang from prickly pear puree. And if you’re looking for gift items, the General Store carries a big range of prickly pear-based foods: gummy bears, tea, taffy, chocolate bars, and jelly. 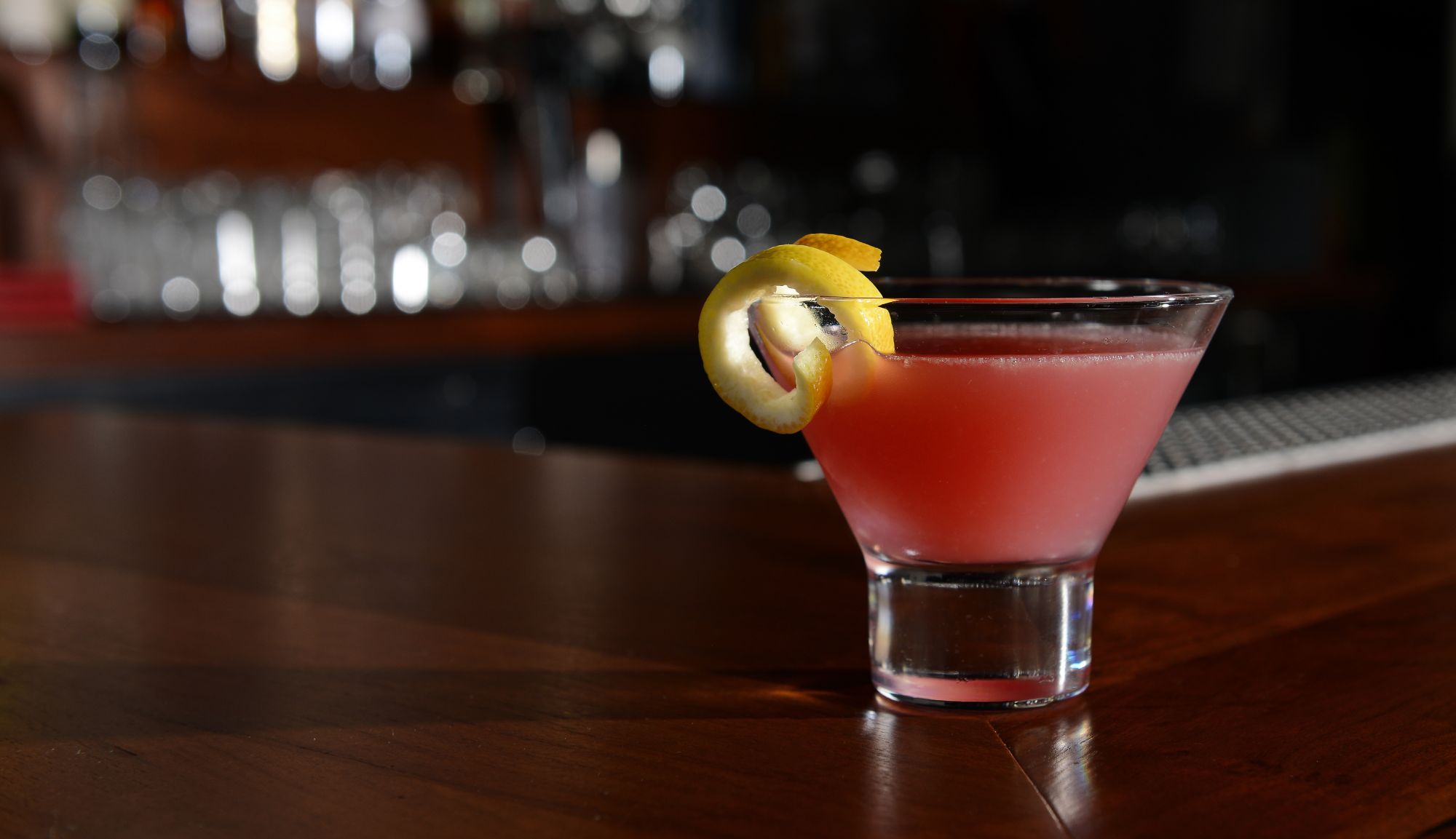 Though not native to California or the American Southwest, according to the Utah State University Cooperative Extension, pomegranates have thrived in the New World since arriving with Spanish missionaries during the early 16th century and California by 1769. The state now produces 90 percent of the pomegranates grown in the U.S.

One of the oldest cultivated fruits and dubbed “the Fruit of the Desert,” pomegranates are native to a region from Iran to northern India and thrive in semi-arid conditions, including lots of sun. So, not surprisingly, pomegranates have historically been cultivated at scattered spots in the Death Valley region, including the Barker Ranch at the base of the Panamint Range and in nearby southern Nevada.

Pomegranate seeds are typically used as a garnish, while the juice is often added as a flavoring to drinks. At The Inn Dining Room, you can try blue cheese-stuffed dates in a pomegranate reduction, while the lobby bar’s signature cocktails include the Pomegranate Squeeze — made with Ketel One Citron Vodka, Pama (pomegranate) liqueur, and lemon juice.

For more travel experiences to Beautiful Places on Earth™ available from Xanterra Travel Collection and its affiliated properties, visit xanterra.com/stories.

« Celebrate Your Special Occasion in Death Valley!
How to Spend A Weekend In Death Valley, CA »
Our site uses cookies.