While today’s Death Valley National Park visitors venture to this remote region to marvel at the stark desert beauty and to escape into the silence of the park’s vast expanses, for well over a century prospectors and miners came here in search of treasure.

There was, quite literally, gold in them thar hills (as well as silver). But ultimately it was less glamorous, non-metallic minerals, such as borax and talc, that proved the most profitable. As Richard E. Lingenfelter wrote in his history, Death Valley and the Amargosa: A Land of Illusion, “Although it was the lure of gold and silver that drew men to Death Valley and the Amargosa, the country’s greatest mineral wealth was not in the precious metals that lay hidden in the surrounding hills, but in the lowly salts that lay right underfoot.”

According to National Park Service documents, mining in the region began slowly, probably around the late 1850s or early 1860s. Difficult under the best of circumstances, mining was especially demanding in Death Valley and the surrounding mountain ranges. The brutal heat, of course, made work conditions positively hellish. But the miners also faced the threat of attacks by Paiute Indians, who sought to drive these invaders from their native lands. 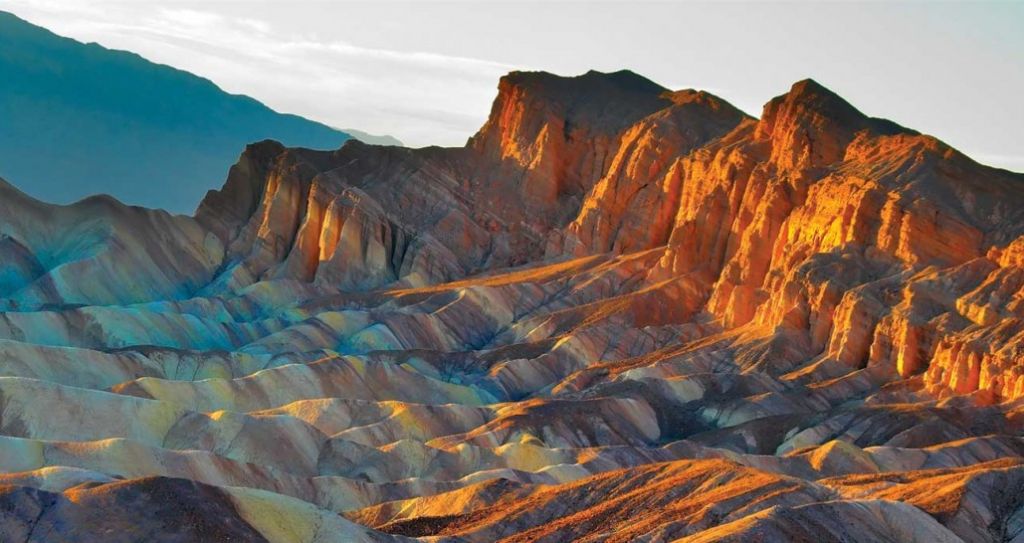 Beyond the physical dangers, primitive extraction techniques, a lack of water and fuels, and the difficulty of getting ore to market made mining here a challenging business. And most of the newly arrived miners were already struggling financially. Short of a quick strike, it was tough to keep going.

Borax had its heyday during the 1880s, then Death Valley mining briefly boomed again during the early 1900s with the discoveries of gold at Bullfrog, Skidoo, and Chloride Cliff. But the financial panic of 1907 slowed or stopped most mining, and according to the park service, virtually all metallic mining operations shut down by 1915. New claims in Death Valley ended with the passage of the Mining in the Parks Act of 1976, but it wasn’t until the closure of the Billie Mine borax operation near Dante’s View that all mining finally ended within the park.

Explore Death Valley and you’re bound to come across numerous abandoned mine shafts, tunnels, and other remnants of the region’s mining history. With literally thousands of sites, the park has an estimated one-third of all the hazardous mines found within the national park system. So obey all signs and never enter any openings; the risk of falls or being trapped in a mine collapse is simply too great.

Here’s a look at a few of the major minerals mined in Death Valley. 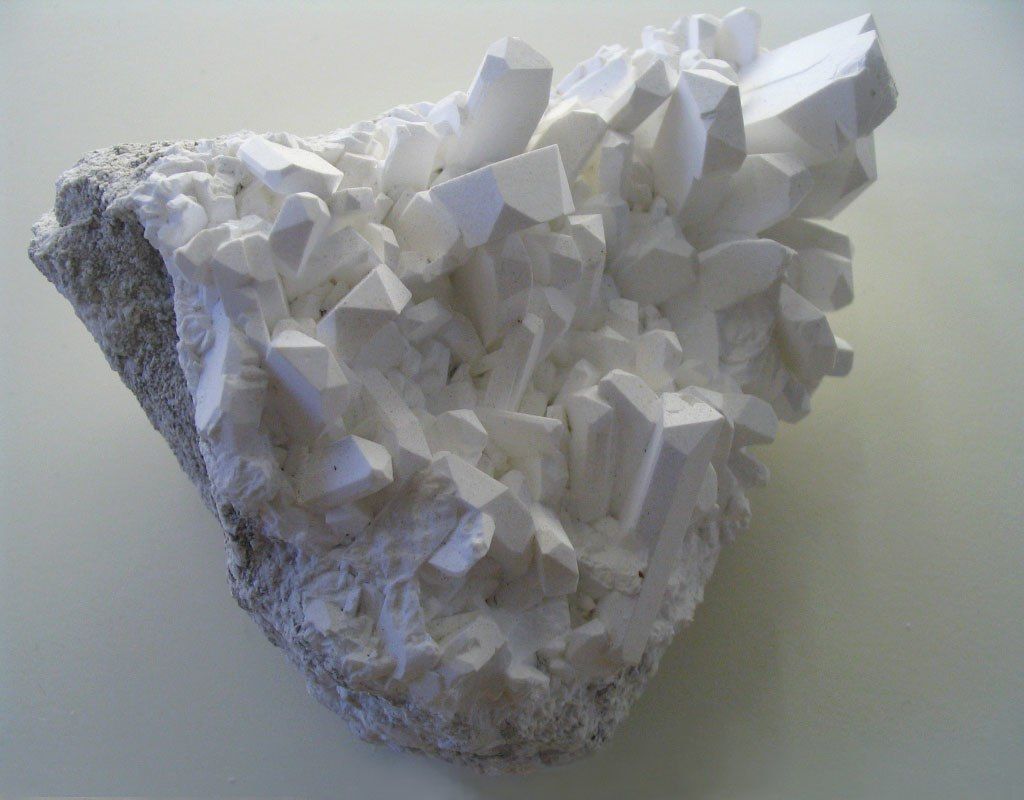 Dubbed “white gold,” borax is the mineral most synonymous with Death Valley. Discovered here during the 1870s, borax had more than 100 commercial uses — from detergents to preserving meats.

During the peak of borax mining in the 1880s, the famous 20-Mule Team wagons hauled 20 million pounds of this mineral 165 miles to the closest train link in Mojave. Later, as the trademark of the Pacific Coast Borax Co., the mule teams emerged as a symbol of Death Valley. The publicity led to a growing curiosity about the area and helped launch Death Valley tourism, culminating in the 1927 opening of the Furnace Creek Inn (now The Inn at Death Valley).

For more borax mining history and to see some beautiful mineral samples from Death Valley, stop at the Borax Museum at The Ranch at Death Valley. The museum, open 10:00 am-6:00 pm daily, is housed in the valley’s oldest building and displays an assortment of historic mining equipment and wagons in an outdoor exhibit area. Just north of the park’s Furnace Creek Visitor Center (which also has displays on mining), you can visit the remains of Harmony Borax Works. The valley’s first successful borax processing operation, Harmony opened in 1883 and could produce three tons of the mineral each day. 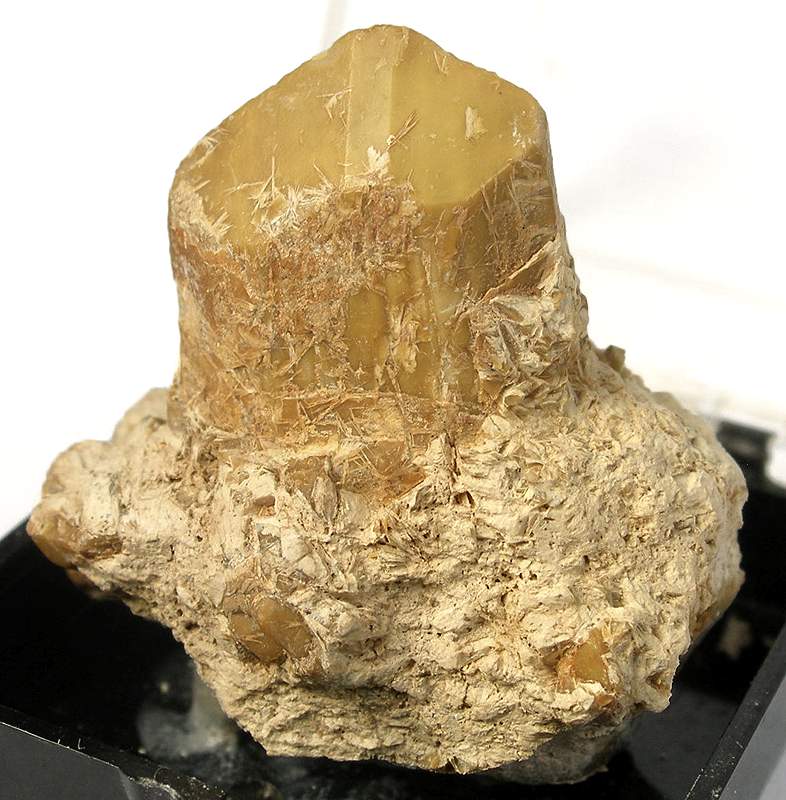 Talc, a humble clay, was second only to borax among the minerals mined in the area. Lingenfelter writes that the southern section of the valley, including parts of the Panamint Range, was home to a 60-mile stretch of talc deposits.

Seeking a source of material to supply his two Southern California pottery works, the baroquely named Lycurgus Lindsay opened Death Valley’s first major talc mine in 1912. Talc is also used in the making of wall tiles, so the construction boom in Southern California in the first half of the 20th century created a large, nearby market for this mineral. During World War II, a higher-grade talc mined in the area became essential to the manufacture of electrical insulators and for other wartime uses.

Talc mining continued well into the 20th century and the Death Valley area remained California’s most important source for the mineral. By the 1970s, according to park service documents, 90 percent of the state’s talc production came from just two mines in the Panamint Range. 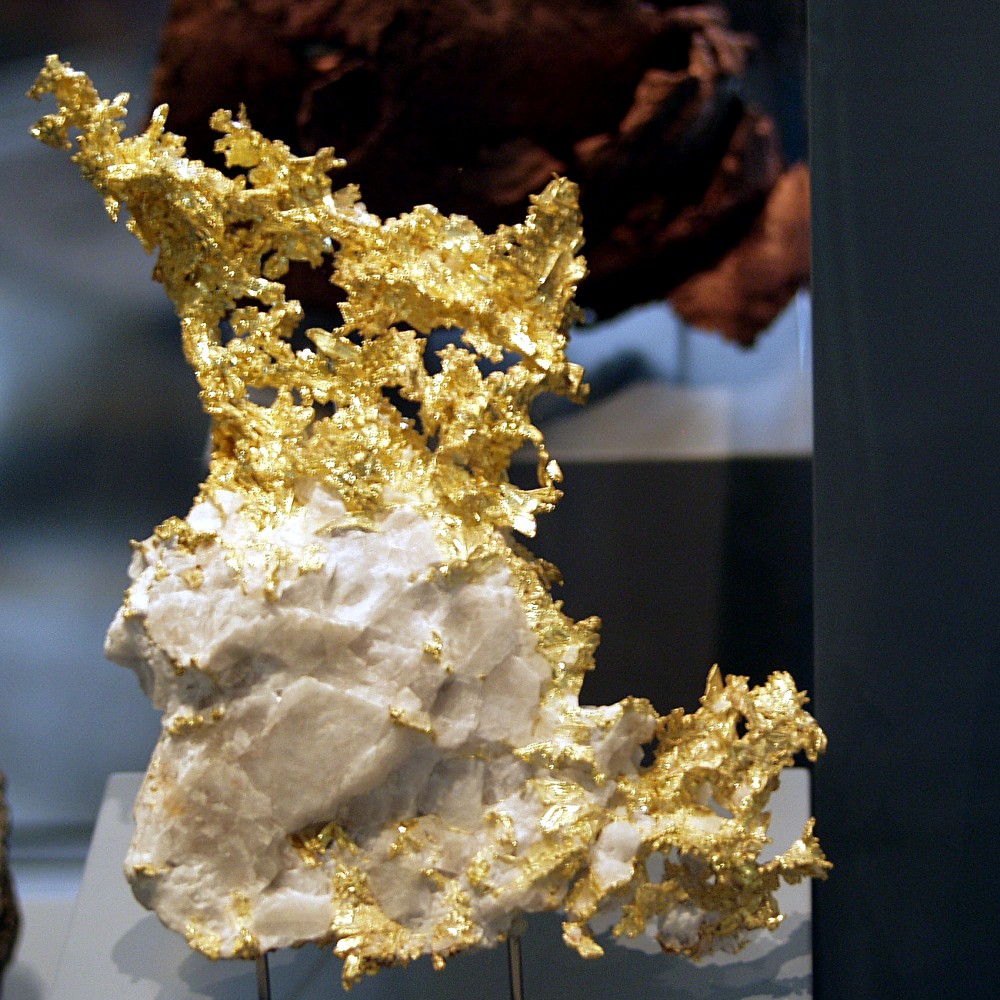 The California Gold Rush of 1849 helped spur the earliest American explorations of Death Valley as gold-seekers searching for a shortcut to the Mother Lode country traversed this inhospitable desert. Ironically, the valley’s first gold was found not by argonauts but accidentally by a pair of Mormon missionaries. Bound for the South Pacific, they noticed some loose quartz while stopped at Salt Spring in December 1849 and after some digging discovered flecks of gold.

Despite the grandest dreams of prospectors and brief booms at such locations as the Bullfrog District and the Keane Wonder Mine (now closed to public access), Death Valley was never an especially productive region for gold. But high in the Panamint Range at an elevation of about 6,500 feet, Skidoo was one of the most successful gold mining sites. Founded in 1906 and using water piped in 21 miles from Telescope Peak, Skidoo mines yielded an estimated $1.5 million in gold by about 1917.

Little remains but the Skidoo town site, where 700 people once lived, is accessible off Emigrant Canyon Road by high-clearance vehicles. The ghost town of Rhyolite, just outside the park boundaries in Nevada and 35 miles from the Furnace Creek Visitor Center, is a well-preserved example of a gold rush boomtown. Spurred by the finds at Bullfrog, at one time Rhyolite’s population grew to 10,000 residents.

For more travel experiences to Beautiful Places on Earth™ available from Xanterra Parks & Resorts and its affiliated properties, visit xanterra.com/explore.